Just wanted to give a shout out to people who offer their quiet spaces to writers (whose lives are anything but quiet) to create.  I have a person like that in my life.  Because she has written a book (a very scientific and important textbook) and because she is a shameless promoter of other’s dreams, she understands how valuable this quiet space is to me.  Thank you, P.S.

Heavy:  If you are interested in middle grade historical fiction (the genre in which my chapter book will live), you must read Milkweed by Jerry Spinelli.  Lisa Wheeler (www.lisawheelerbooks.com) recommended it to me and she was right on.  It’s a powerful, heart-pounding, shocking account of the atrocities of WWII told by a 6 or 7 year old orphan.

Yeah! Completed the first draft of the first two chapters of my (as yet untitled) manuscript!

The more I learn and talk about the Pedro Pan mission, the more incredulous I become about how many Americans have never heard this part of our history.  Fourteen thousand forty-eight children (14,048!!) flew clandestinely to the United States UNACCOMPANIED by any adults to be cared for (by complete strangers in many cases) until their parents could join them here or bring them back to (a more safe/free) Cuba.  It seems this mission and the impact it made on our country, on Cuba, and on the children and their families, has been overshadowed in chronicled US history by the Bay of Pigs invasion, Cuban Missile Crisis and the Cold War.  While those are certainly worthy topics for the history books, where is the chapter about these 14,000 children?

My eyes are blurry from reading everything I can about the Pedro Pan mission.  I want to understand what was going on in the minds of Cuban parents, American politicians, foster families/orphanages, and of course, the exiled children, prior to starting the manuscript.  There are several good adult books written about this subject, each representing the authors’ biases and perspectives.  I’m hoping to piece together my own interpretation of what happened and why using this information.  Right now, I’m just confused.

I’ve decided to tell this story in alternating chapters of an American orphan and a Cuban exile who become friends at the orphanage.  Today, I worked on my character study for the American orphan.  I feel like I know him already and appreciate his resilient spirit.  However, I feel so sad for him and his little life.

Thank you to the Wahoo Women for their support via email.  Ann Marie Frenn sent the following quote:  “It just takes ONE person on the right day to believe in you as much as you do.”  I love this and now have it posted on my bulletin board.

Also, a huge thank you to my new friend, Rich Ryan, for spending so much time with me yesterday.  We talked about his life, his experience at Holy Family, and his relationship with the “Cuban boys.”  It was fun to see how our lives intersect at many levels.

This story is just waiting to be told and with the help of many, I know it will be.

Middle daughter woke me at 2:00am with a persistent cough.  We cured the cough, but not my excitement about interviewing the last American orphan in Holy Family Orphanage in Marquette.  I tossed and turned until 3:53am when I finally gave up and parked myself at my desk to prepare for the interview and do some more research.  I found a very important document:  Monsignor Bryan O. Walsh’s paper Cuban Refugee Children published in 1971 in the Journal of Interamerican Studies and World Affairs.  Monsignor Walsh (deceased) was the point person for the Pedro Pan mission.  The document provides his notes, impressions, concerns, and pride at what the mission accomplished for children suffering from “Communist indoctrination and propaganda.”  While his is only one perception of the mission, it is an important one.  More later…

I’m embarking on a new writing adventure and hope to bring you along with me on this one.  I’ll chronicle the progress I make on a historical fiction middle grade chapter book I’m writing about Operation Pedro Pan.  In case you haven’t heard about this part of American and Cuban history (I hadn’t until 3 months ago), here is a brief synopsis:  when Castro took over Cuba in 1959, he quickly began to change the Cuban way of life to mirror Communist ideals.  For instance, he banned religion in a predominately Catholic culture, the government took over the schools (private and public), and he encouraged sending children to work camps in Russia to learn about Communism.

A headmaster of an American academy in Cuba worked with an American priest to obtain exit visas and fly Cuban children to the US where they would be housed by foster families and orphanages until their parents could join them or the situation improved in Cuba.  Between 1960 and 1963, 14,008 unaccompanied Cuban children came to the US.  They were dubbed “Pedro Pan” (Peter Pan) children by a news reporter. Only 50% of the children were met by families at the airport in Miami.  10% never reunited with their families again.

Some of the Cuban children came to an orphanage in Marquette where I live.  I found out about this because I was researching our orphanage for a potential story.  I’ve made contact with the last American orphan to live in the orphanage (which was transitioned to an administrative support building in the mid-60’s) who is still friends with some of the Cuban boys with which he made friends.  I’m excited to meet with him tomorrow.   I hope to complete the primary and secondary research and begin writing soon.

You might have heard references to Operation Pedro Pan in relation to the Haitian orphans.  Catholic social services in Miami offered to relocate Haitian orphans using the OPP model.  However, the Haitian government decided they did not want to pursue this fearing it would be too traumatic for orphans to leave their country.

If you have information about Operation Pedro Pan, Holy Family Orphanage in Marquette, MI, or any other related topics of interest to this project, please contact me.  Thank you!

Guess you have to be careful what you wish for.  We’ve all been shaking our fists at the sky clamoring for snow and WOW — it came.  Nothing like a good old Nor’wester to change the landscape.  My writing plans for the day have changed, too, since I’ll be making cookies with the Twisted Sisters.  Perfect.

Don’t knock the weather; nine-tenths of the people couldn’t start a conversation if it didn’t change once in a while.

OK – I asked for it.  I wanted a critique of a new rhyming MS and I got it.  It wasn’t a positive critique — in fact, it was downright embarrassing.  But, I let some time pass and now I can see where I got off track.

The difference between fiction and reality? Fiction has to make sense.
— Tom Clancy 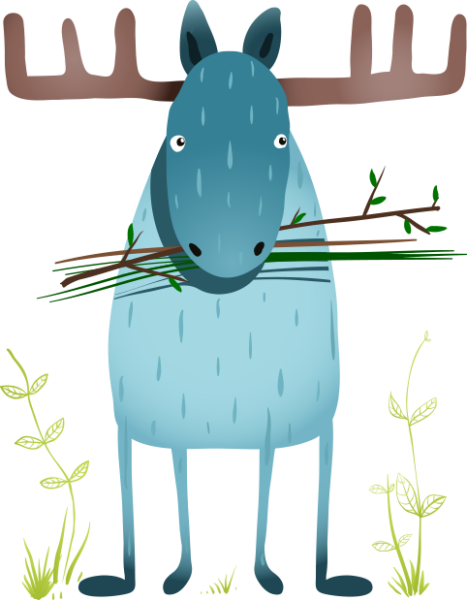