I thought it would be fun to interview a mentor and mentee together and it was! Shutta Crum and Tracy Bilen represent the best of mentorship and I am thrilled to share their thoughts about it below:

Shutta: Please provide a brief introduction of you and your work.

I’m a writer of books for children and poetry for adults, a storyteller and a retired youth librarian who was awarded the Mich. Library Association Award of Merit as youth librarian of the year (2002). I’m also an educator who taught writing at the high school and college level and to third-graders under the auspices of the Mich. Council for the Arts. My twelfth book came out this past summer. At present, I have two more under contract. I write picture books, novels, poems and articles for professional writing and teaching journals—whatever my heart dictates at the moment. I’m also a sucker for writing challenges! They help to keep me focused.

Tracy: Same question for you, please.

My debut novel, What She Left Behind is coming out in May with Simon Pulse / Simon & Schuster. This is the novel that I worked on during my SCBWI mentorship. (Interviewer inserts trumpet fanfare!) Besides being a writer, I’m also a high school French and Spanish teacher and a mom.

Tracy: Why did you decide to apply for the SCBWI-MI Mentorship Award?

I learned about the mentorship opportunity when I attended my first SCBWI-MI spring conference. I had heard Shutta speak at a different conference several years earlier and had been impressed. I also loved her picture book, Fox and Fluff, as do my children. That combined with all the good things I heard about Shutta by others at that spring conference convinced me that I wanted to work with her. I always loved entering contests because they spurred me into doing more writing – the built-in deadlines and possibility of winning a prize was a great motivator for me.

Shutta: Why did you decide to become a mentor? Also, have you been mentored (formally or informally)?

I’ve never been formally mentored.But I was informally mentored by an instructor I had at the community college I attended. He taught the creative writing courses. We have since become life-long friends.

But also,I grew up with the idea of community. My parents were born and raised in the dirt-poor hollers of southeastern Kentucky. No one in our very large extended family had much of anything—but we had each other. Everyone pitched in. I remember trick-or-treating in Michigan as a child, and then boxing-up most of my “take” to mail down south to my relatives who could not trick-or-treat. (There the houses are far apart along rough unpaved and unlit roads.  And few had cars.) It was simply the way I was brought up. I cherish that, now. I became a public librarian and “gave back” to my home town for many years, while my husband was a park’s planner with the City. We were both happy to be servants of the community we lived in.

When I found SCBWI-MI I found another community I loved—another one I like giving to. So when I was asked to be a mentor, I did not hesitate!

Tracy: Please provide a brief description of your winning manuscript and why do you think it was chosen?

Here’s the back cover copy:

“Don’t even think of leaving…I will find you,” he whispered. “Guaranteed.”

Sara and her mom have a plan to finally escape Sara’s abusive father. But when her mom doesn’t show up as expected, Sara’s terrified. Her father says that she’s on a business trip, but Sara knows he’s lying. Her mom is missing—and her dad had something to do with it.

Each day that passes, Sara’s more on edge. Her friends know that something’s wrong, but she won’t endanger anyone else with her secret. And with her dad growing increasingly violent, Sara must figure out what happened to her mom before it’s too late…for them both.

When I hit on the idea behind What She Left Behind, I was hooked and I spent the next several hours immersed in the story, feeling like I was Sara, the main character. I can distinctly remember that I had to go run an errand before I had managed to get everything that I was thinking onto the screen, and I just couldn’t get the story out of my head. I was driving and feeling like I was this character. I think that feeling this closely connected to the story helped me bring it to life on the page and perhaps was one of the reasons this manuscript was chosen for the mentorship.

Shutta: Were you part of the judging process? If so, what elements of Tracy’s manuscript made you feel it had the most promise?

I was given two manuscripts to make a decision. A committee had whittled down all the entries and arrived at two finalists. One was a fantasy, and one was a suspenseful contemporary. Both were excellent, and it was extremely difficult to decide which to take on.

I’d written a fantasy, myself. And although I was drawn to the world that that particular author had created, I was completely hooked by Tracy’s suspenseful YA. I really liked that she had a good handle on her genre, and a powerful hook.

Tracy says that she really felt like her character, and perhaps that was why it was chosen. But, interestingly enough, it was characterization that we worked the most upon over the course of the year.

If I had to sum up why I chose her manuscript I’d say that I had a sense that she knew what she wanted to accomplish within her genre and format. There was a surety of intent—which is one of the things any good author has to have . . . a vision for the work in progress.  I felt she had that the moment I started reading her manuscript.

Tracy: What did you hope to accomplish during the course of the mentorship (improve craft, revise that manuscript, develop new project/s, etc.)?

I started the mentorship having written 30,000 words of What She Left Behind. I needed help knowing where I could expand the book and how I could improve on what I’d already written. I was also hungry to learn whatever I could about craft while working with Shutta.

Shutta: What were your goals for Tracy and for yourself as a mentor?

I had a couple of goals. First, and foremost, to help Tracy expand and polish her manuscript so that she would feel confident in submitting it to publishers or agents. The second goal was purely personal: I wanted the impetus of helping Tracy to keep me motivated with my own writing. I’m not a terribly disciplined person. (Hence all the joining up with online challenges, which serve to keep me on track.) I don’t have any Michener-esque ability to write everyday. And I wanted to remind myself of craft lessons that I know I knew, but hadn’t really revisited in a very pragmatic way for a long time.

Tracy: Was the mentorship successful? How do you know?

The mentorship was tremendously successful for me. Even if it hadn’t led to the sale of What She Left Behind, I had gained so much. Shutta was delightful to work with and gave me incredible insight into my work. We began the mentorship with her reading my rough draft and writing what I now realize was an editorial letter full of ideas and suggestions. Then every couple of months I would send her my revisions and she would help guide me in the right directions. Simply knowing that I had to work on my book so that I would have something to submit to Shutta kept me pressing onward at times when it would have been easy to give up. I came away from the mentorship with a much better understanding of so many things, especially characterization and character arc. In addition, Shutta shared books and articles on craft tailored to the challenges I faced with my manuscript. I can’t thank Shutta and SCBWI-MI enough for this opportunity!

Shutta: Same question for you, please.

Well, it was certainly successful for me . . . I finished another novel during this time. Making Tracy work, I felt I had to work, too. But unlike Tracy, I haven’t sold this particular novel yet. Hah!

More importantly, it is good to hear that it was successful for Tracy. I was so excited when I heard she’d gotten an agent. I knew there would be further revisions and work for her to do. (Isn’t there always?) But it was like launching my own kid into the world. And then, when it sold I think I was almost as excited as Tracy. I blogged about it, and posted about it on FB and Twitter. I was so happy for her!

Shutta: If you could choose any mentor in the course of history, who would it be and why?

OMG! What a question! I work best within constraints . . . like writing poetry in iambic tetrameter. To give me the whole of history to choose from! You can tell I’m blithering already. Ok. Let me put some limitations on this question myself. Let’s say what writer would I choose? That way I can immediately eliminate Cleopatra (What a mentor she’d be—and fun!), Catherine the Great, Josephine Baker (I’ve always wanted to dance dressed just in bananas—but I’m getting too old for that now, hah!), and Eleanor Roosevelt.

I’ve always admired Shirley Jackson’s writing. We Have Always Lived in the Castle and, of course, “The Lottery” are literary gems of clarity and tension. If I could only choose one, it would be her. (Others I’d opt for if given alternative choices would be Flannery O’Connor, Philip Pullman, Daphne Du Maurier, Peggy Rathmann, Kurt Vonnegut, Polly Horvath, and of course—whoever it was that wrote all those Shakespeare plays!)

Tracy: Would you consider mentoring another? If so, what could you offer?

Yes, I’d love to be a mentor someday. I hope I’d be able to pass along the many things I’ve learned from Shutta, my critique group partners, courses I’ve taken, and things that I’ve learned from my editor and my agent (who’s been, in my experience, an awesome additional critique partner). But I also think that all of us, when we’re part of a critique group, have a chance to positively impact other writers by reacting to stories and brainstorming ways to improve them. 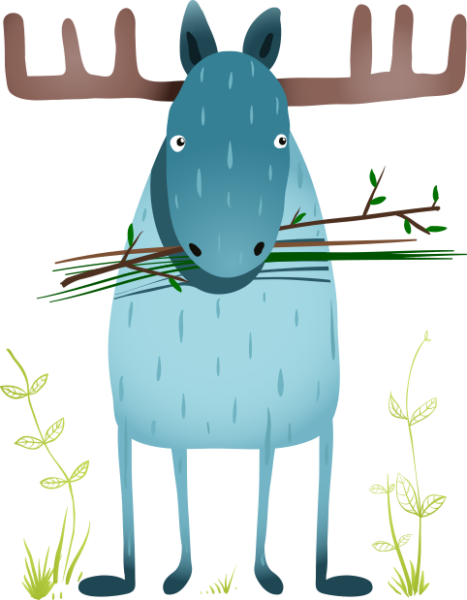